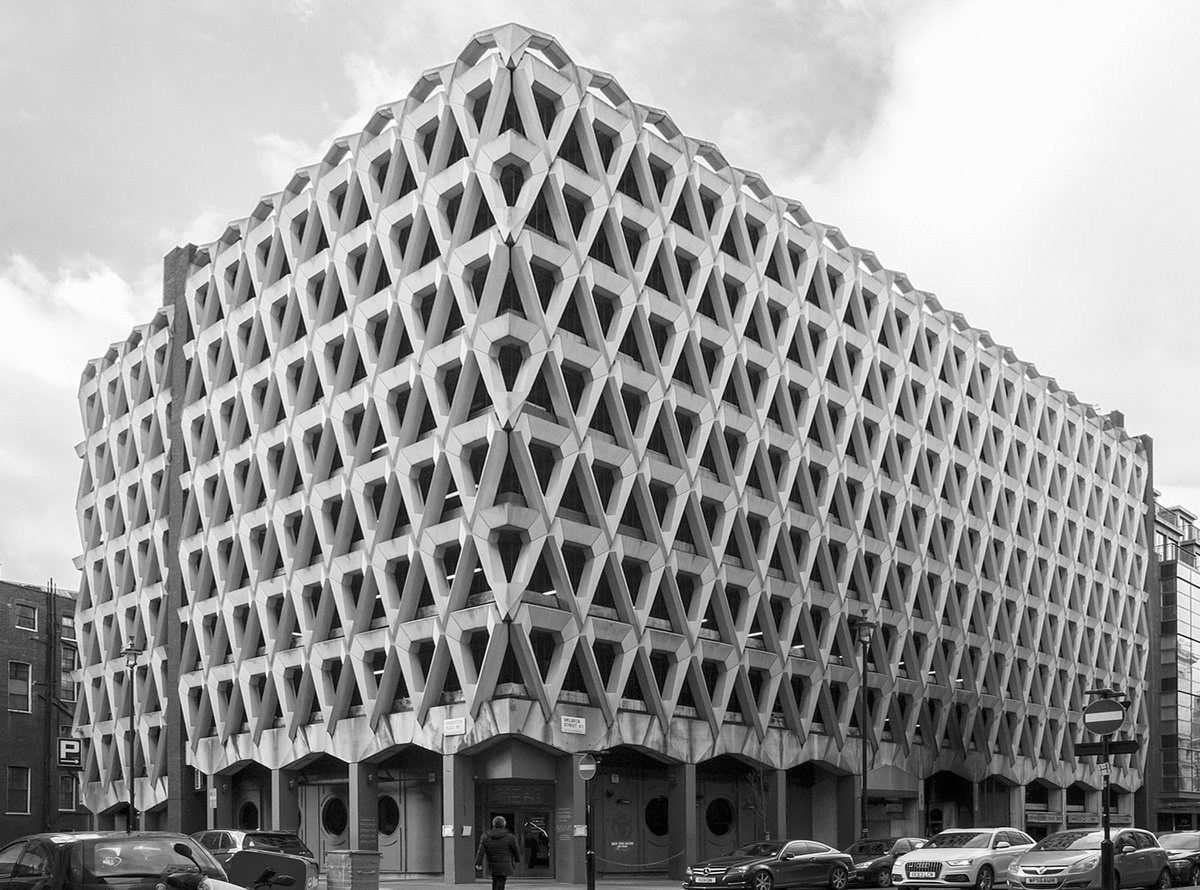 V&A should save this unique car park façade

The forthcoming demolition of the remarkable Welbeck Street car park means there will soon be little evidence of our great British monuments to parking, writes Simon Henley for Architects' Journal.

Michael Blampied’s Debenhams car park at Welbeck Street, Marylebone, was the last great multistorey car park in London. It should have been saved. Its structural elevations offer us a unique insight into a culture, and a period of architectural fashion and technology, that has passed. A good parking structure – and this is one – is an excellent architectural primer.

Designing the façade of a car park, you are relieved of the need to envelop and to insulate, to make a watertight interior; instead keeping it open to prevent the build-up of fumes and the risk of fire. It can be construction, pure and simple.

Most aren’t of course, but they have other merits: Gothic slightly alarming interiors, seams of deep dark space where we fear the worst that a film director or novelist can throw at us; others are made from great fluid surfaces, the kind that appealed to and inspired Rem Koolhaas for a decade; and most are concrete and there are many of us that appreciate this material’s brut simplicity.

But Blampied’s is different, it’s better. When I was writing The Architecture of Parking and researching this building, I discovered that economy led the team to reject their initial more conventional scheme of structural columns and non-structural cladding, and to develop a system of precast concrete loadbearing Y-columns that would support the building’s perimeter. The Y evolved by degrees into a V that would span and support successive floors.

The V is an isosceles triangle. With the top two corners chamfered to form a cleft between each pair. Into this, each successive V fits and generates a diagonal array which is repeated on all three elevations, except where, on alternative floors, a non-standard component turns the corner. The elevation is marked by shadows, the result of chamfering the face of each component and construction joints between each – a device that appears to deny the loadbearing quality of the elevation.

Inside, the split-level parking decks are supported by a central in-situ concrete structural spine of fin walls that incorporates the ramps. Precast concrete planks – forming the decks – span between this and the structural façade. One gets a very different impression of the façade inside, with it appearing simply as a continuous truss bearing the incredible weight of the floors above.

Although abstract, the car park’s elevation communicates what it is. In his book Studies in Tectonic Culture, Kenneth Frampton summarised an observation of Umberto Eco’s by stating that ‘as soon as one has an object of “use”, one necessarily has a sign that is indicative of that use’. In other words, this structure is an archetype. It is a remarkable concrete structure and a unique sculptural work of geometric composition.

Beeching denied us a timetable but he didn’t deny us our heritage. Today the heroic engineering of the steam age – the brick viaducts and suspension bridges – are still very much in evidence and the landscape is richer for it. The then modern structures that William Morris decried in News from Nowhere, feeling they scarred the English countryside, are today’s historic monuments. Sadly, with the loss of this and those other great British monuments to parking – the Tricorn Centre in Portsmouth and Trinity Square in Gateshead (which Get Carter fans will know) – there will be little evidence of JG Ballard’s world.

One can only hope that the V&A or Drawing Matter, in their wisdom, can save and preserve a section of this extraordinary façade. Or maybe, just maybe, the Serpentine Gallery could be convinced to resurrect it as its pavilion this summer. In the meantime go visit it and go inside while you can.