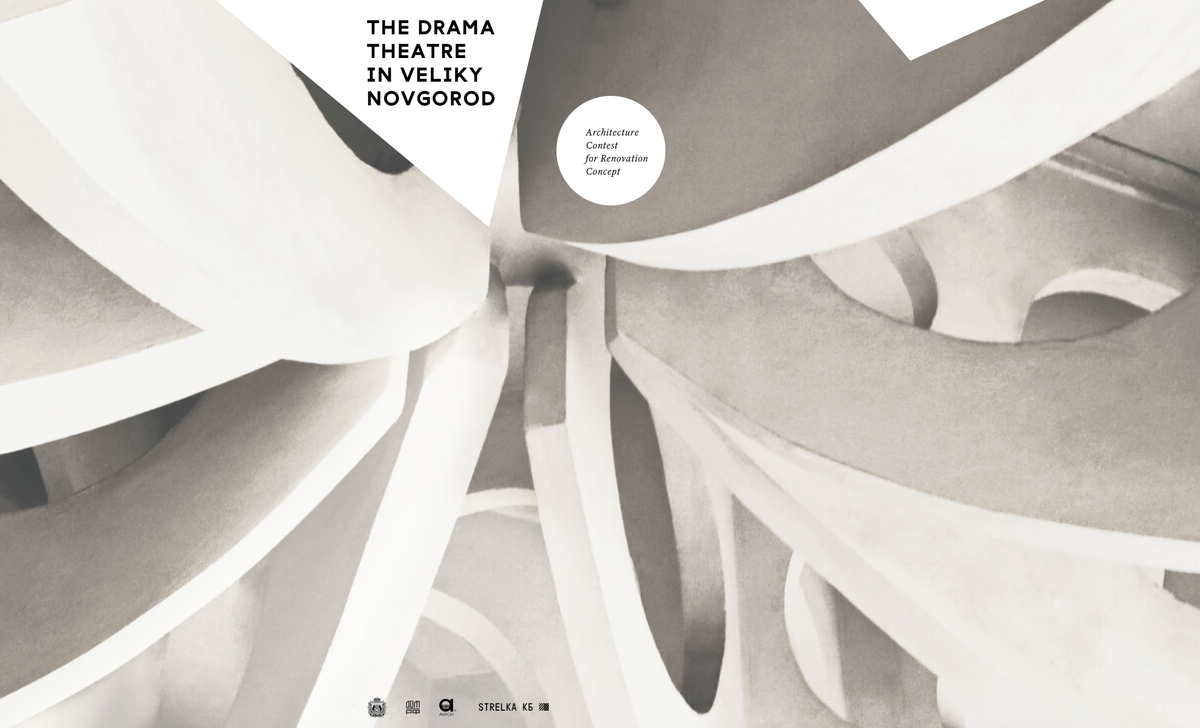 Architect Vladimir Somov was a member of Giproteatr, the state organisation responsible for planning cultural and entertainment centres throughout the Soviet Union. It’s design (1970-75) is underpinned by the concept of “Total Theatre” in which there is no barrier between audience and actors. It’s construction was completed in 1987. The young Russian practice Rhizome (St. Petersburg) won the competition.

The contest aimed 'to develop an architectural concept for the integrated renovation of the building that would enhance its iconic features with state-of-the-art solutions and a range of new cultural and leisure functions', whilst 'highlighting the intrinsic value of the modernist architecture of the late 20th century.'

'The jury included leading Russian and international experts in architecture and cultural cluster management along with a member of the Novgorod government, namely Sergey Gnedovsky, vice president of the Russian Union of Architects, member of the Russian Academy of Architecture and Construction Sciences and a specialist in theatre buildings; Anna Bronovitskaya, art history PhD, director of research at the Moscow Institute of Modernism and teacher at the MARCH school of architecture; Anna Osipova, executive director of the Oktava industrial cluster in Tula; Simon Henley, partner of the London-based practice Henley Halebrown; and Elena Kirilova, deputy prime minister of the Novgorod region.'