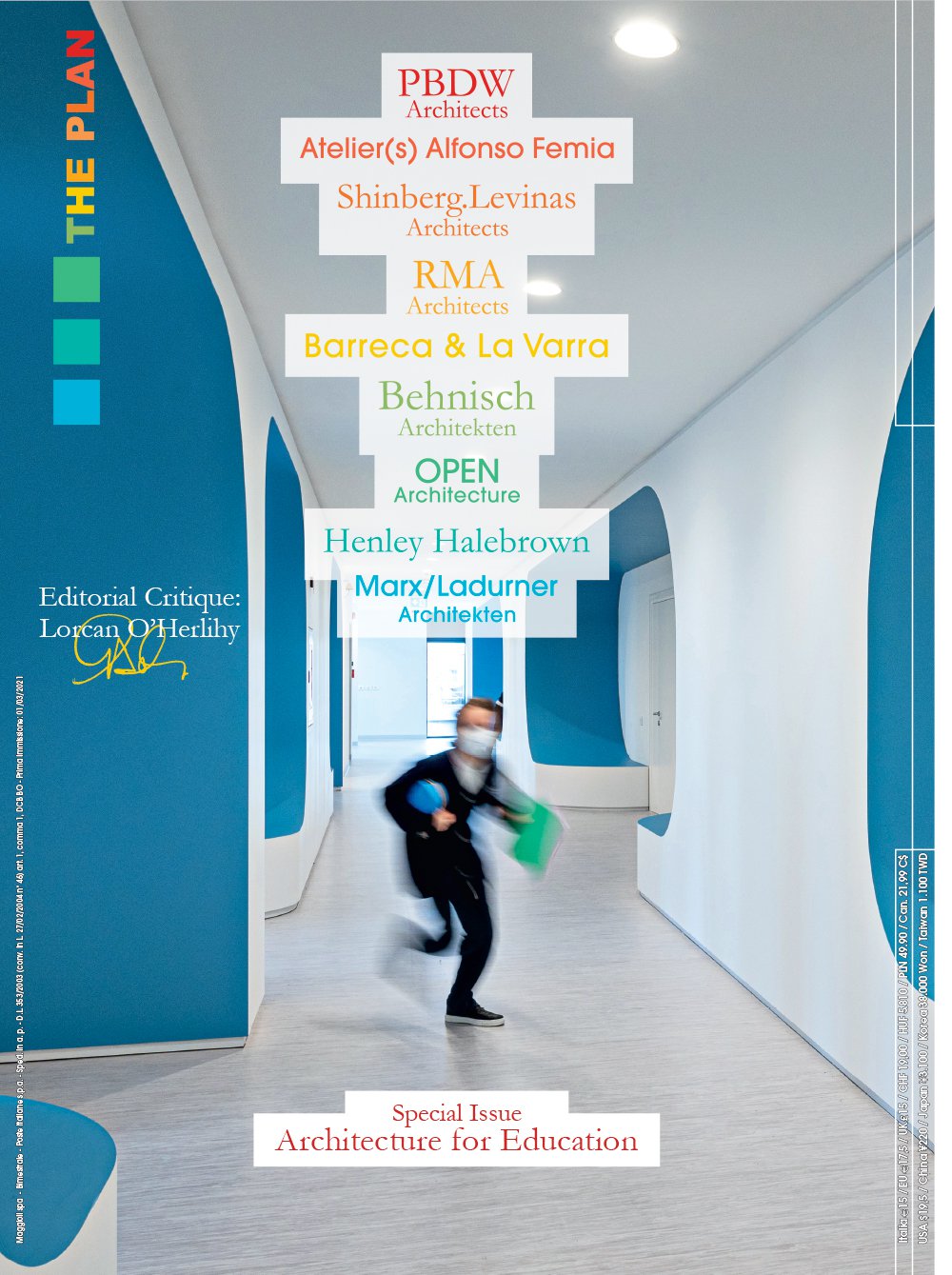 In these times, when we can’t get around to see buildings as easily, it was a real joy to read how Luca Maria Francesco Fabris has brought our project for Hackney New Primary School to life. In his beautifully written essay published in The Plan Magazine in Italy, he vividly describes the ideas behind the apartment block that is an inherent part of this hybrid scheme,

“The solid convex curves of the sides of the building - in striking contrast to the conventional squared edges of similar tower blocks - effectively negotiate with their neighbouring urban context.”

Reflecting on the deliberate play on mathematical order in the apartment building's facade, he also notes,

“Indeed this small yet fundamental twist is, and may well be, the defining feature of the hybrid building whose basic tenet will be a unifying order. It is the same relentless purist rule adopted by Aldo Rossi, Tony Fretton and other contemporaries, and one that Henley Halebrown have long and very successfully made their own.”