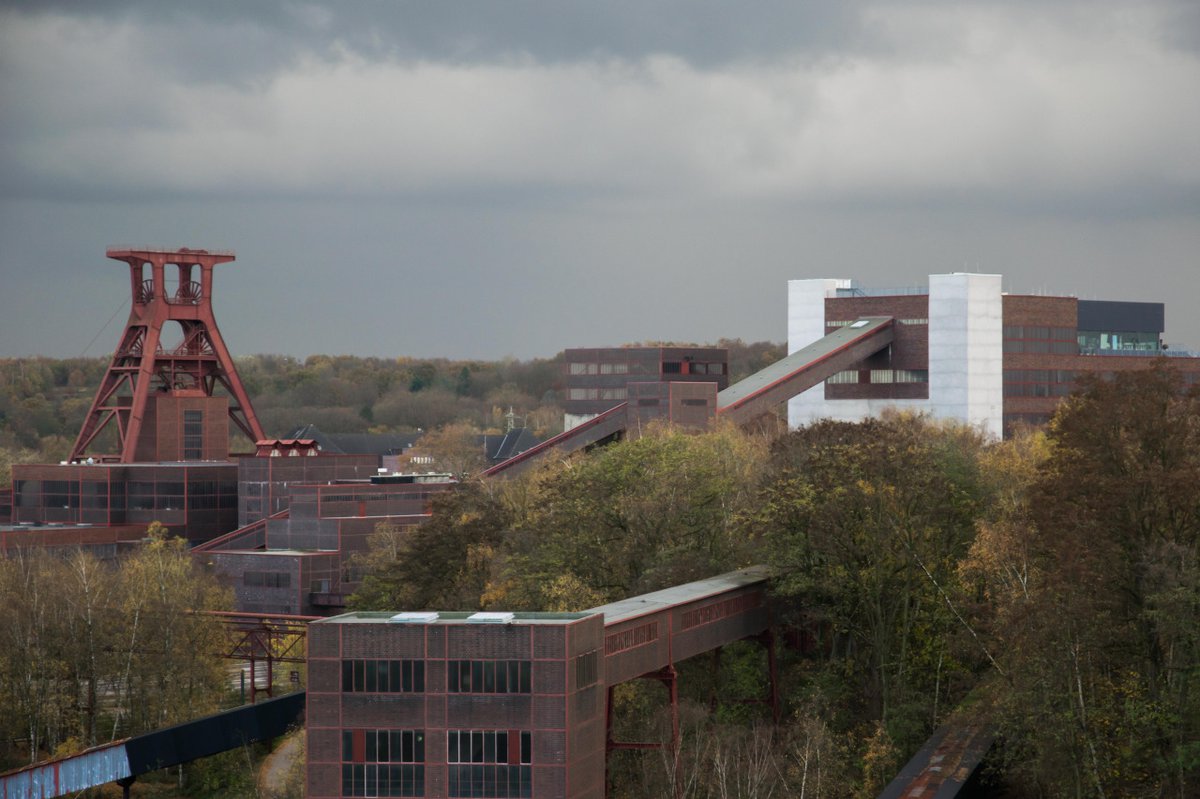 Zollverein and the IBA

At the top of the coking plant at Zollverein, there is a dramatic panorama of the industrial sublime. Rising above the dense canopy of trees that extends into the distance are an assortment of grain silos, cooling towers, chimneys and blast furnaces that once filled the Ruhr’s famously grey skies with the clouds of industry. A densely populated region of 53 municipalities, the Ruhr Valley was once Europe’s industrial heartland. However, in the 70’s its coal and steel industries were decimated, and an area reliant on heavy industries fell into decline. 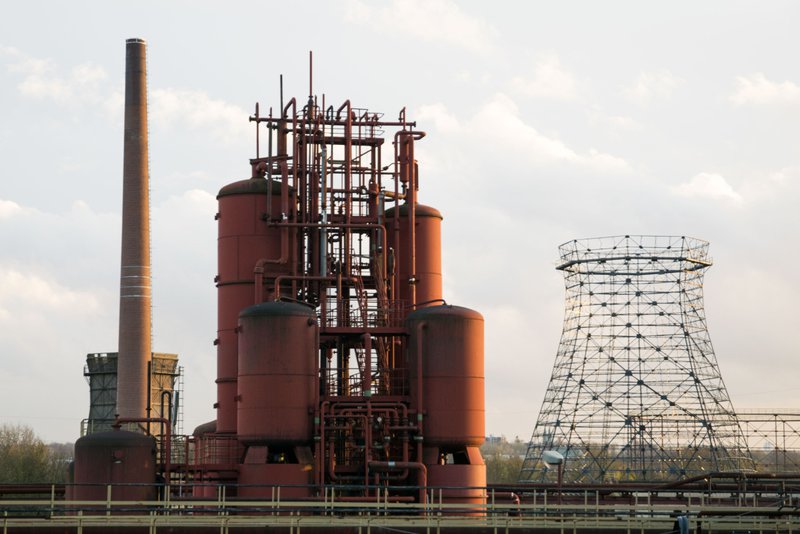 A radical idea was conceived to entice new, cleaner industries into the Ruhr, address joblessness and stimulate the tourist industry. Catalysed by the IBA Emscherpark (1989-99), an international architecture exhibition which funded 120 projects across the region, the Ruhr has been reincarnated as a cultural destination. A 400km ‘Route of Industrial Culture’ was created and is peppered with works by many of the generation’s pre-eminent architects such as Tadao Ando, Alvaro Siza, Peter Zumthor, Peter Latz, Norman Foster, David Chipperfield and Sanaa. Major art galleries such as Herzog and de Meuron’s Kuppersmuhle in Duisburg and Insel Hombroich add to the cultural melee. Nearly 20 years after the IBA, its legacy lives on and the area continues to evolve as an unexpected artistic and architectural mecca.

One of the recent additions to the Ruhr Industrial Heritage Trail is the Museum Kuppersmuhle in Duisburg, an historic grain mill converted by Herzog and de Meuron in 2015. Its top floor is dominated by Anselm Kiefer’s immersive paintings whose dense textures and imagery depict the ruins and destruction of 20th century German history. In a recent documentary on his work, Kiefer invokes the bible to explain ‘everything will be destroyed - and grass will grow over your cities’. Following the decimation of the Germany’s steel industry, grass has been allowed to grow across the expansive former industrial site at Zollverein. 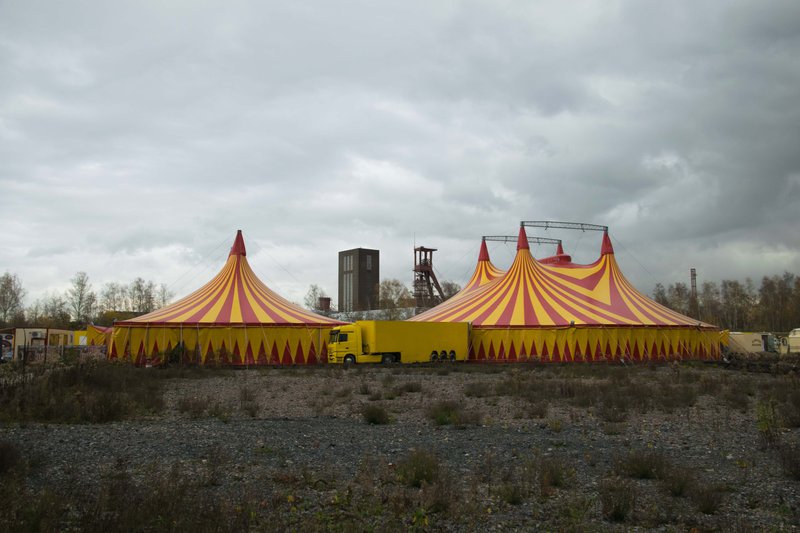 Zollverein and the nearby Landschaft Park are at the heart of the Ruhr’s post-industrial metamorphosis. Landscape, architecture and industrial heritage combine to create a landscape park with the evocative textures and historical fragments of a Kiefer painting. The site is imbued with the patina of history. Defunct railway tracks are overgrown with wild plants and rusted cooling towers stand as sculptural reminders of the site’s former life. This is the region that spawned the Dusseldorf School of Photography, whose practitioners celebrated the striking visual qualities of these seemingly utilitarian monuments. The decision to retain and celebrate them through the IBA was enlightened. The original Bauhaus-inspired warehouses in Zollverein have been converted and repurposed into museums and cultural spaces as part of OMA’s masterplan, while Sanaa’s new Business and Management School has an otherworldly purity when set against the earthy tones of its evocative surroundings. 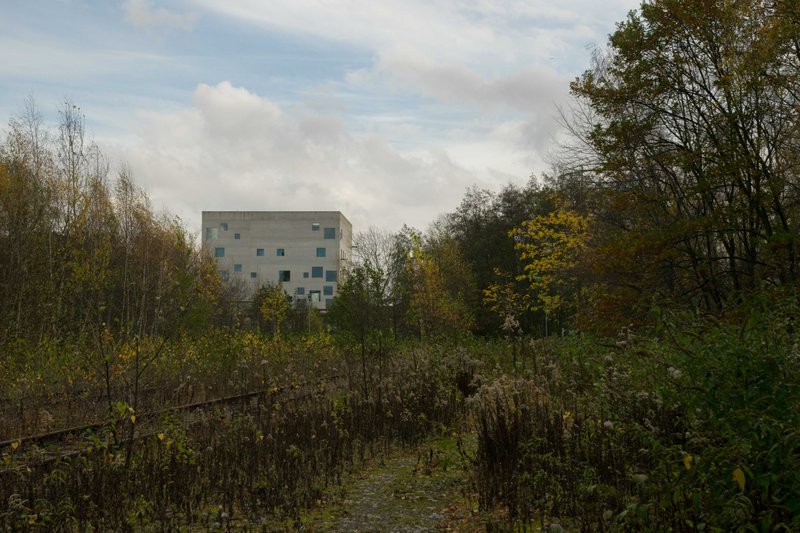 Designated a UNESCO World Heritage site in 2001, the reinvention of Zollverein is a significant chapter in the history of landscape architecture and its lyrical ideas continue to exert a powerful influence over the subsequent generation of practitioners. The whole enterprise would not have been possible without the state contribution to the IBA, which catalyzed further investment from developers, private companies and non-profit organisations.

This model of generating new ideas through building exhibitions has a rich history in Germany. In the 1957 Berlin IBA, Niemeyer, Aalto, Le Corbusier, Gropius and Jacobsen built a range of experimental housing typologies, creating a new residential neighbourhood with a zoological garden at its heart. A subsequent IBA in Berlin (1979-87) included works by Eisenman, Hertzberger, Krier, Rossi and Stirling and was described by Time magazine as "the most ambitious showcase of world architecture in this generation". Post Zollverein, the tradition continues. The recent IBA Hamburg (2006-2013) was instigated to revive a post-industrial harbor on the River Elbe with an emphasis on social and environmental sustainability. The idea has now spread over the border to the Netherlands where the IBA Parkstad (2013-2020) is underway.

The IBA is a proven model for harnessing public and private financing to produce new design ideas through ambitious planning. There is no equivalent model in the UK and major recent developments such as the risk-adverse Olympic Village in Stratford and Media Village in Salford have suffered from a paucity of ideas and a lack of ambition. London’s ongoing Olympicopolis plans were recently described as ‘dull as ditchwater’, ‘unchallenging’ and ‘unremarkable’ while other major development sites in the capital such as the Nine Elms were conceived with one primary objective: profit. At Emscher Park IBA, radical planning ideas contributed to the social, cultural and economic regeneration of an entire region. The scale, ambition and imagination of the enterprise is currently unparalleled in the UK. It is time we embraced the IBA model as an experimental test-bed to develop new design ideas and a stimulus to think more ambitiously about the character and potential of our built environment. 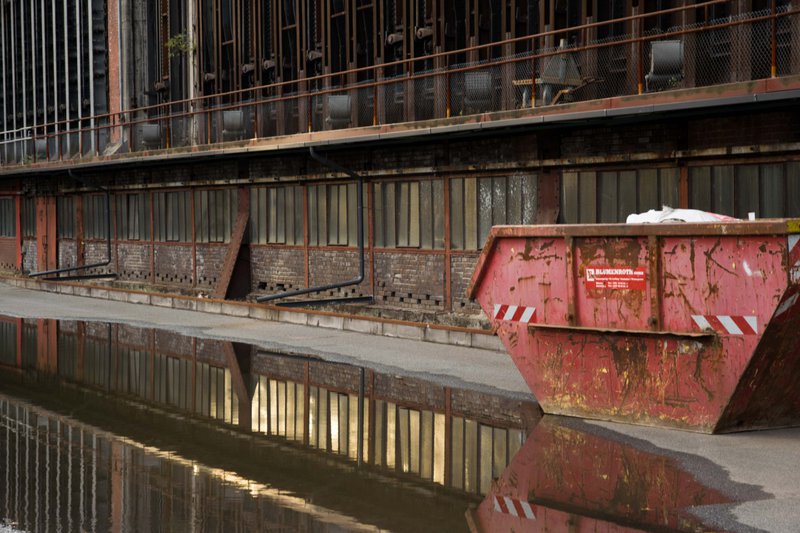